Avi with wife Susanne.
Avi Kiriaty, born in Israel in 1957, grew up in a world of art. His journey through life has taken him from the Israeli Army, to a Greek Island, to a winter cottage in New Hampshire. Following the birth of his first child Keytoe. Avi moved to Hawaii. His first year was spent on Kauai, where he experimented for a time with oil painting. From there he moved to the hamakua side of the Big Island, to begin to live “kama‘aina” with the land, farming and fishing. His son, Jazz, was born here on an old Hawaiian homestead. Avi then moved to the Puna Rainforest and began to live the life of an “artist”.

Avi has worked in many media... oil painting, linoleum block printing, lava and bronze sculpture, pencil and ink drawing, watercolors, ceramic platters, and serigraphs. His works are a feast of lush colors and bold lines, often depicting the Polynesian lifestyle of every day events.

His artworks can be found in several places in the Hawaiian Islands. His Lava sculpture was featured several times on PBS, “Spectrum Hawaii”. These works are created from molten lava from run-off tributaries on the slopes of Kilauea. Lava artists dig into the hot liquid lava and shape it either by shoveling the lava into molds. or pounding it with tools. Avi is fascinated with the beauty of lava art, yet he does not produce these pieces for sale.

Using his hands with a carver and linoleum block, Avi creates a unique colored and textured linoleum block print. Each piece is composed of a series of overlaid printing done with the same block. The design is carved on a block and printed in stages, with a new color added for each stage. Each block is destroyed through the cutting and printing process, making each print an original and one of a limited series.

In the “textile” world. Avi has been working with “Kahala” one of the oldest aloha shirt companies. Together they have created an Avi/Kahala line which is having great success throughout Hawaii and the United States. In May of 1994, Kahala had 52 Nordstrom stores promoting Avi’s designs of “wearable art.” These promotions have continued every year.

Avi and his family went on a three-month excursion to 19 different islands in French Polynesia and the Cook Islands. This trip was for the purpose of further studying the Polynesian culture while researching the society group in French Polynesia, then sailed through the Tuamoto Atolls and then visited the island of Marquesa. Avi continues to journey to the islands in the South Pacific whenever possible.

In 1996, NHK, a Japanese broadcasting station aired a documentary of Avi. in 1995 “Beach Break Hawaii” had a featured documentary on Avi. He has also had a one man show at “Volcano Art Center” and other galleries in the Hawaiian Islands. His last show was at the “Napua Gallery” in the Grand Wailea Resort in Maui.

Avi’s oil paintings were featured on “The Real World MTV Hawaii”. On June 1, 1999 Avi had an art show at the main entrance to Liberty House at the Ala Moana shopping center on Oahu.

In the year 2000, Avi decided to get into reproductions. He has created an open edition line of paper prints from his original linoleum block prints and a limited edition of canvas prints from his oil paintings. He has pulled out his originals from the galleries and can now be seen on the internet and his office. Avi has taught his daughter Keytoe to embellish the limited edition canvas giclees, only on a part time basis, because she is still going to a university.

Avi is discontinuing his Aloha line with Kahala, the last of his Aloha Shirts will continue through the year 2002.

*Avi started a new ‘Retro’ line of his Aloha shirts with Kahala. Follow this link to view and purchase the Aloha shirts.

Aloha and Welcome to Avi's Studio. Periodically, we will update these photographs of Avi and his work. Come back to view the progress. 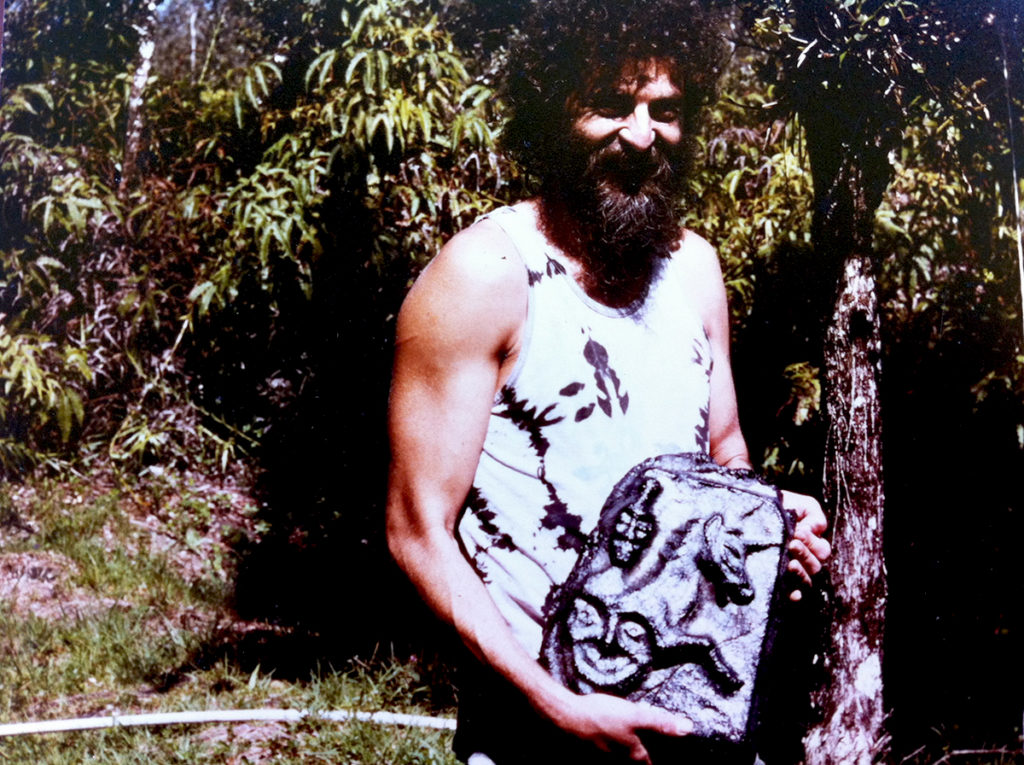 Avi and the Unicorn 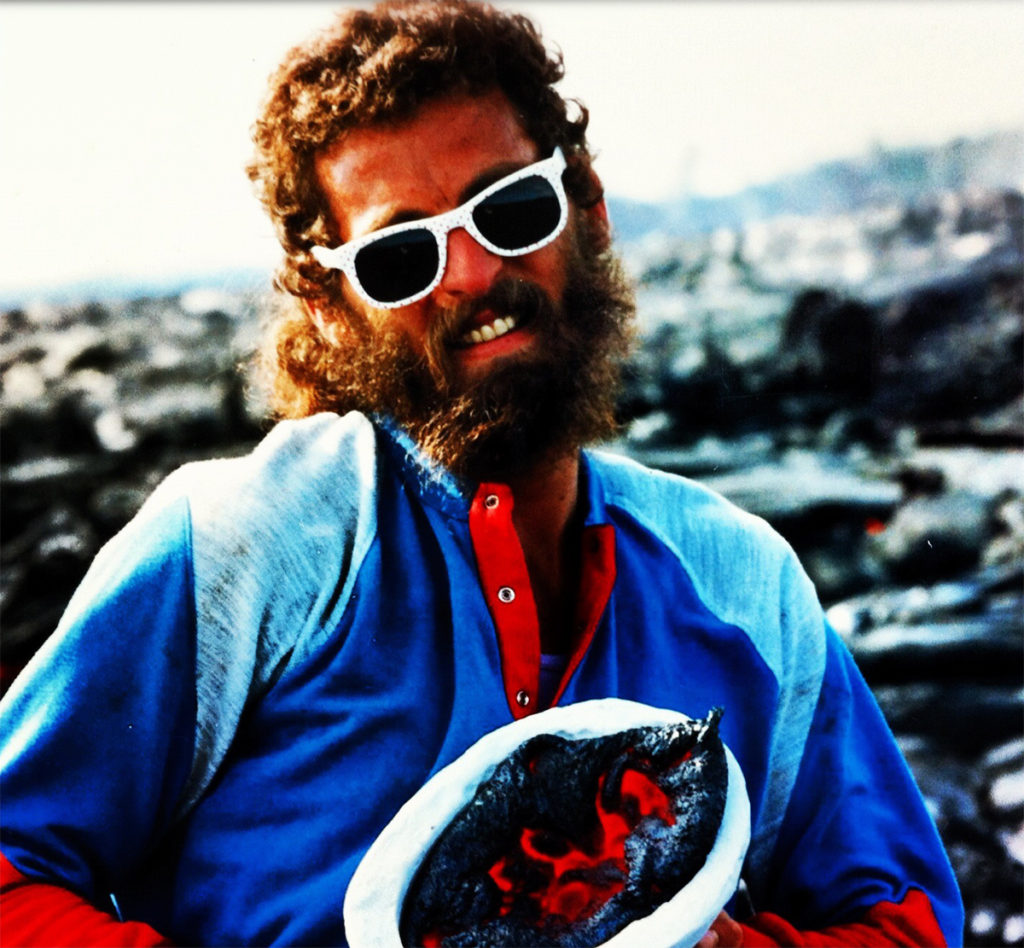 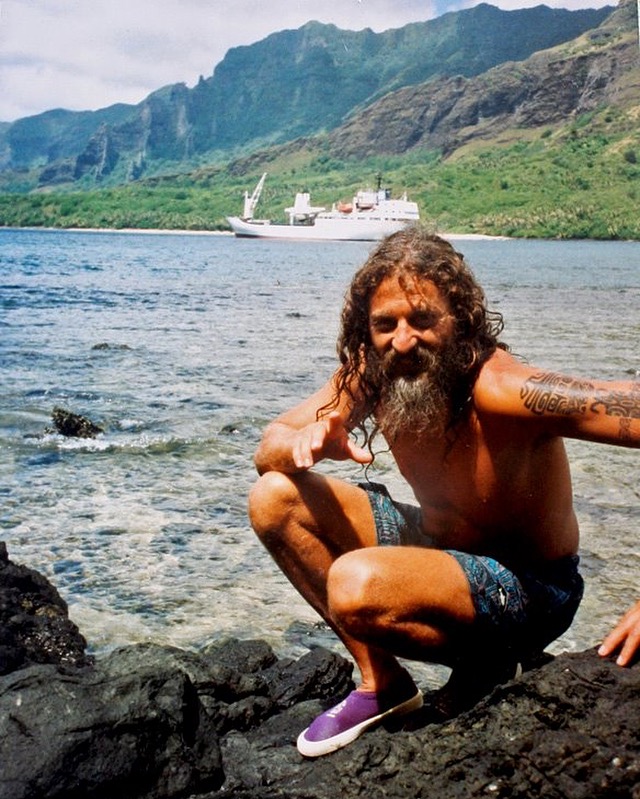 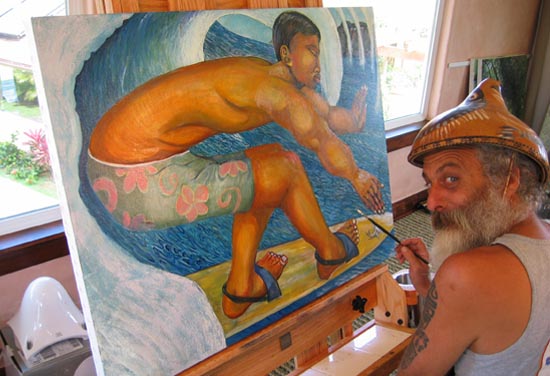 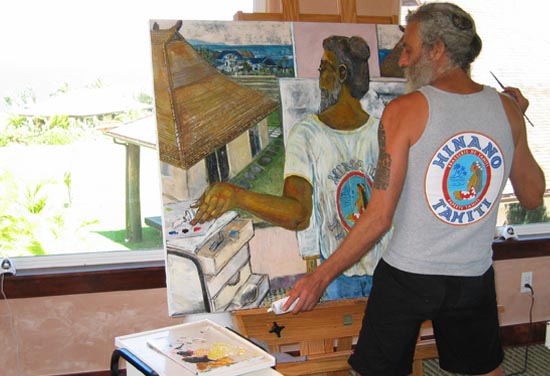 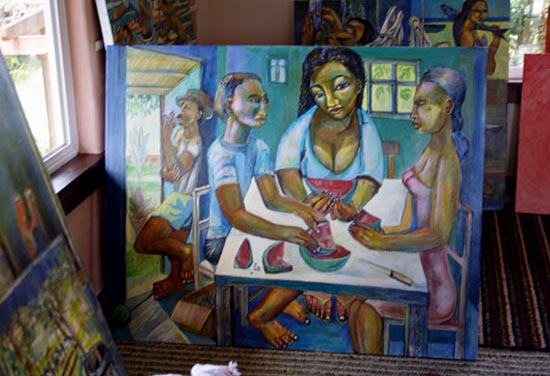 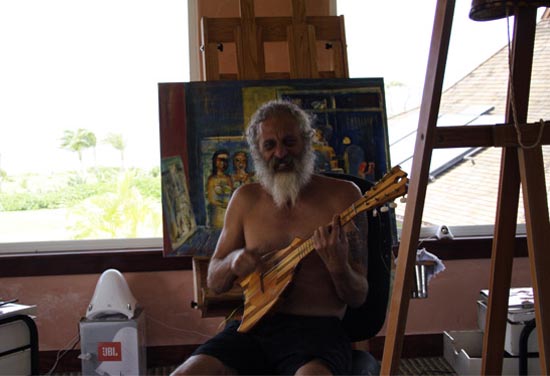 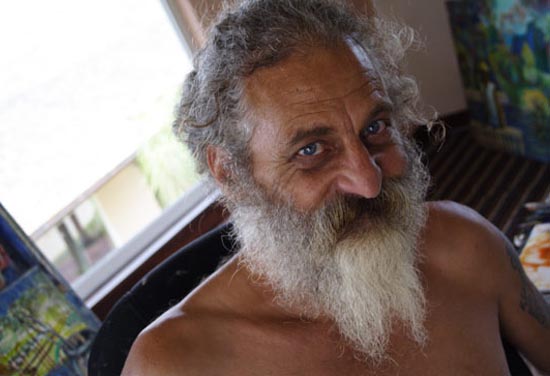 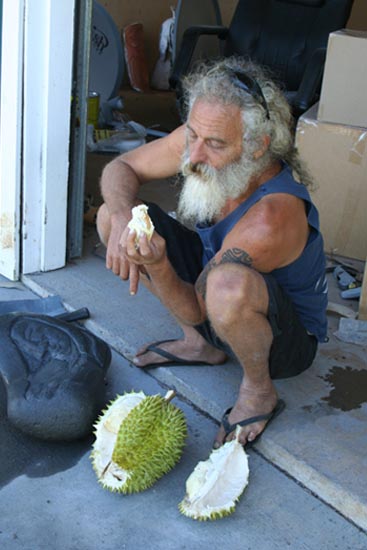 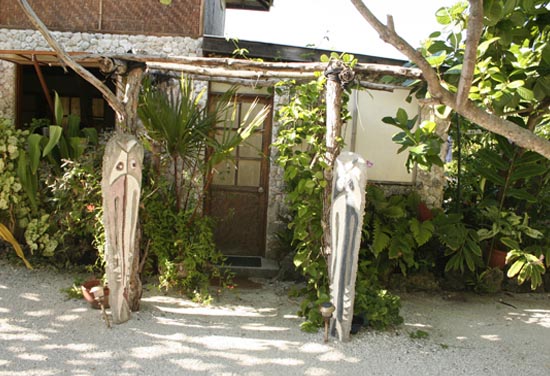 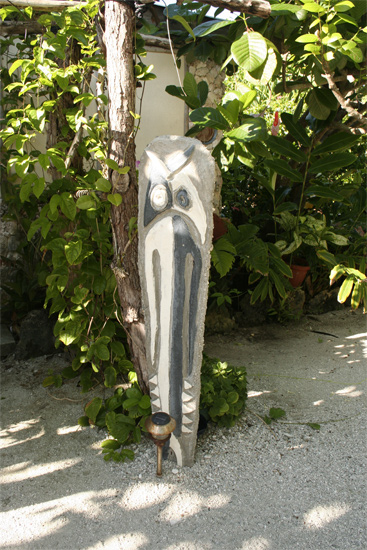 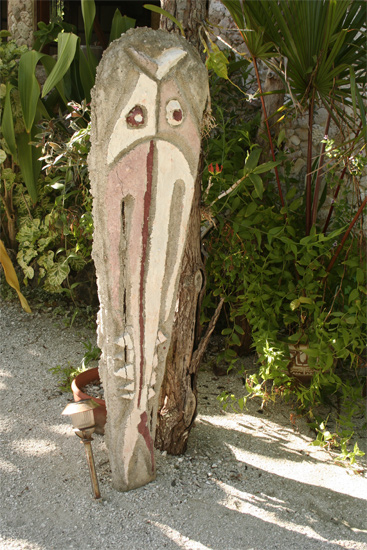 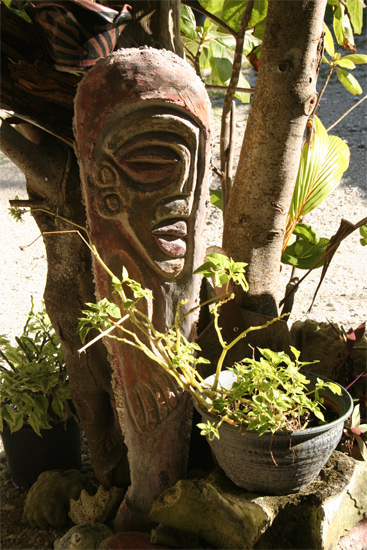 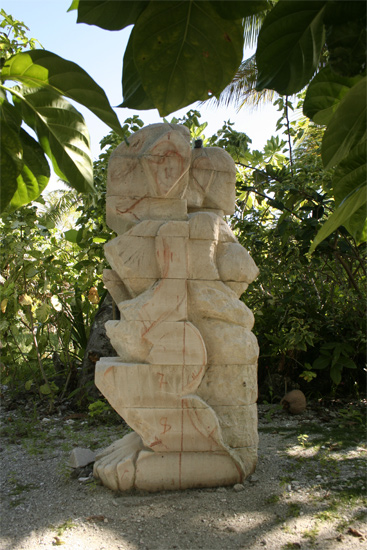 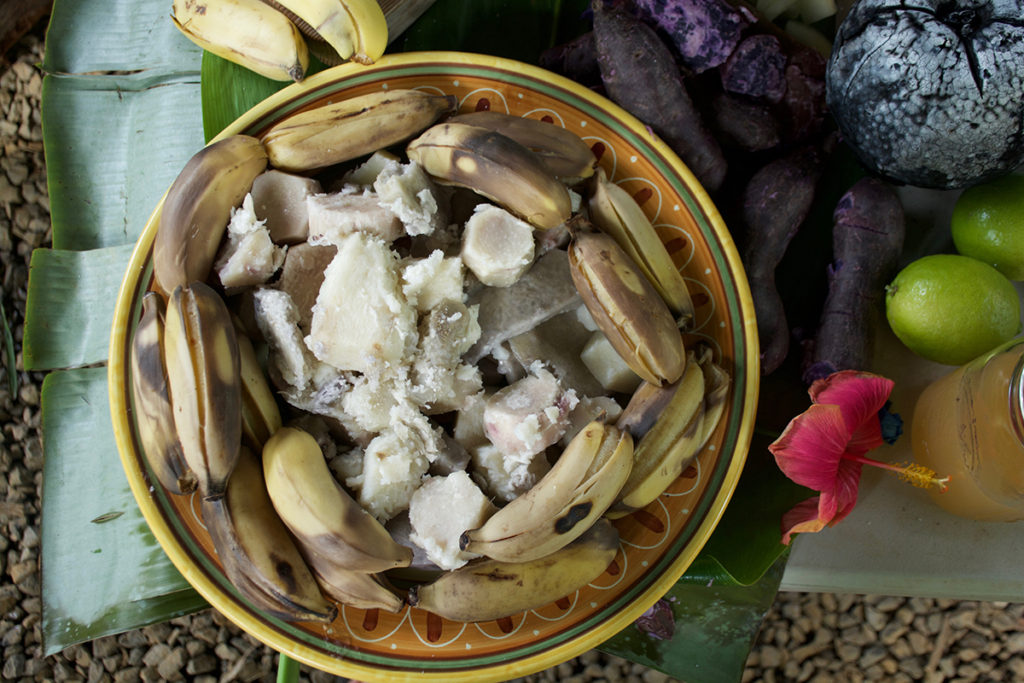 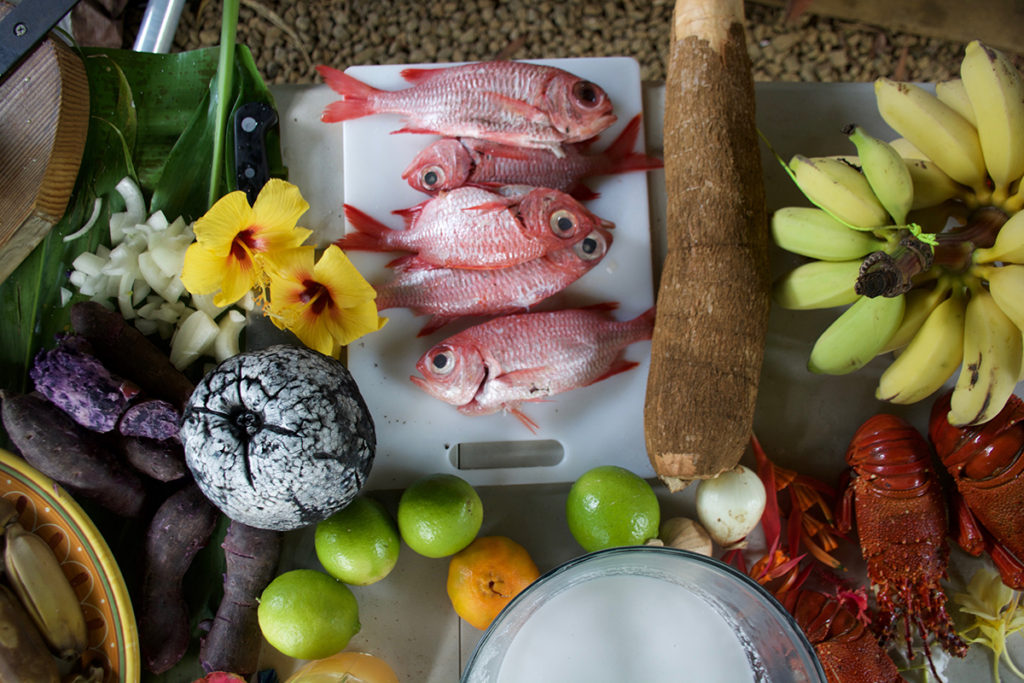 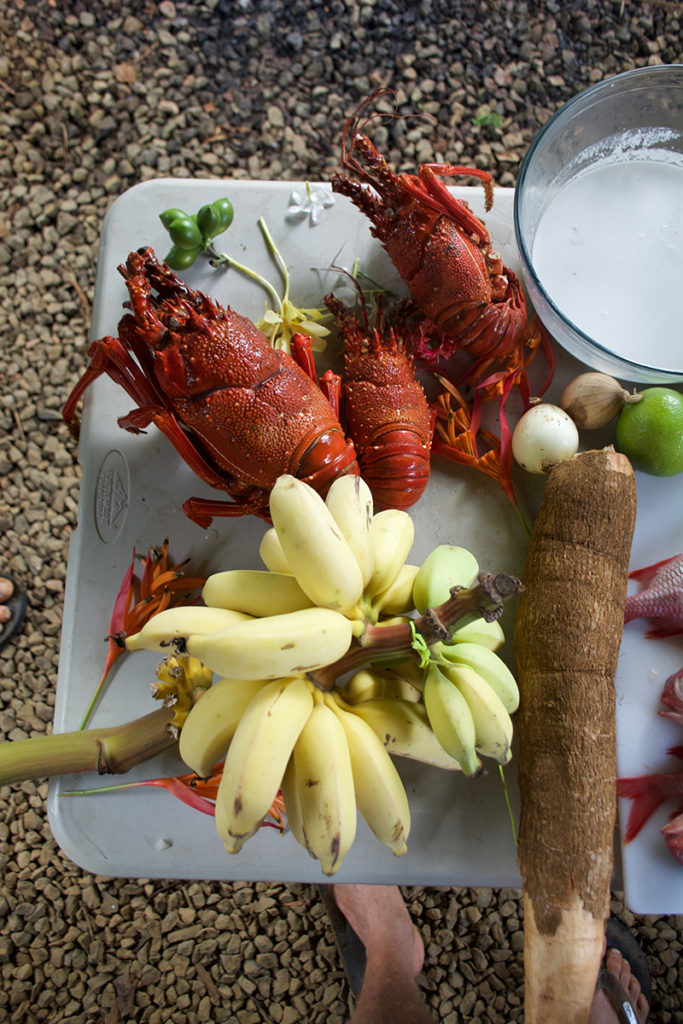 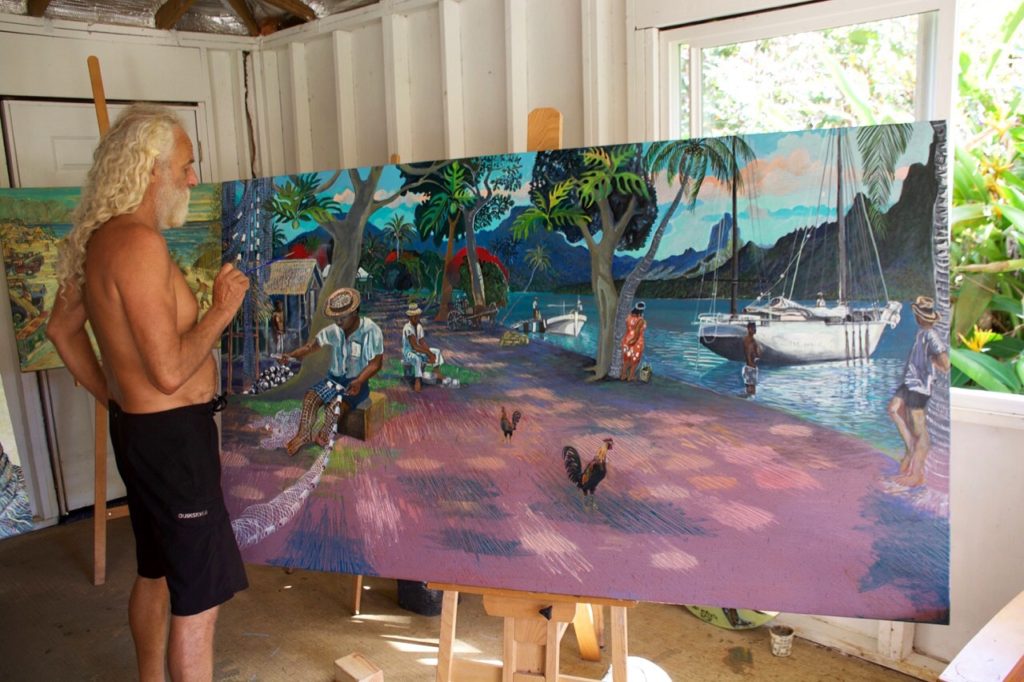 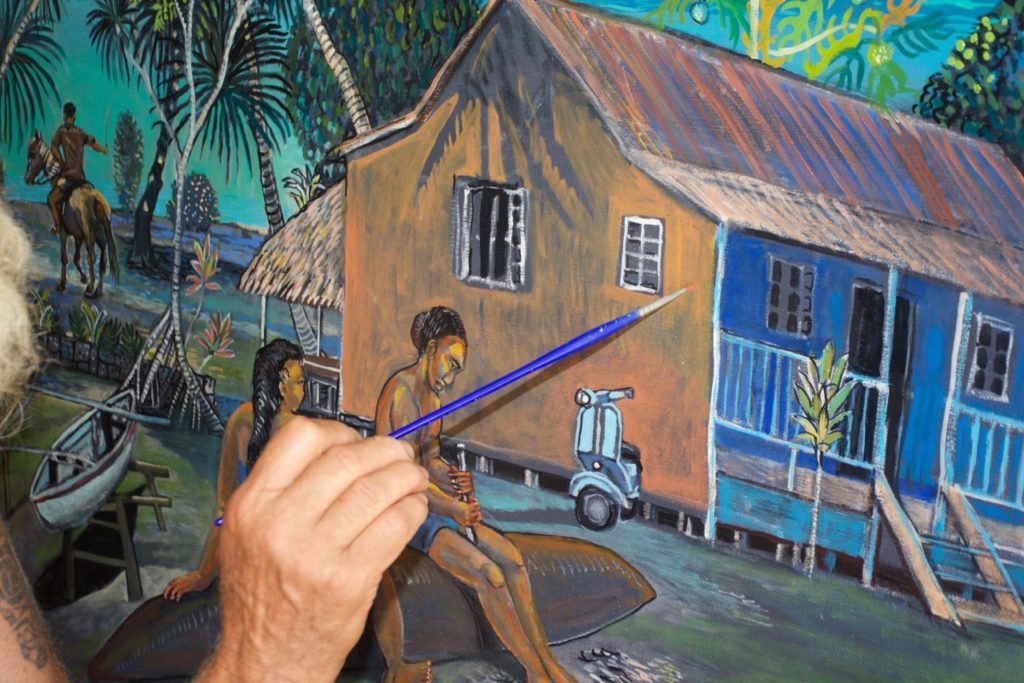 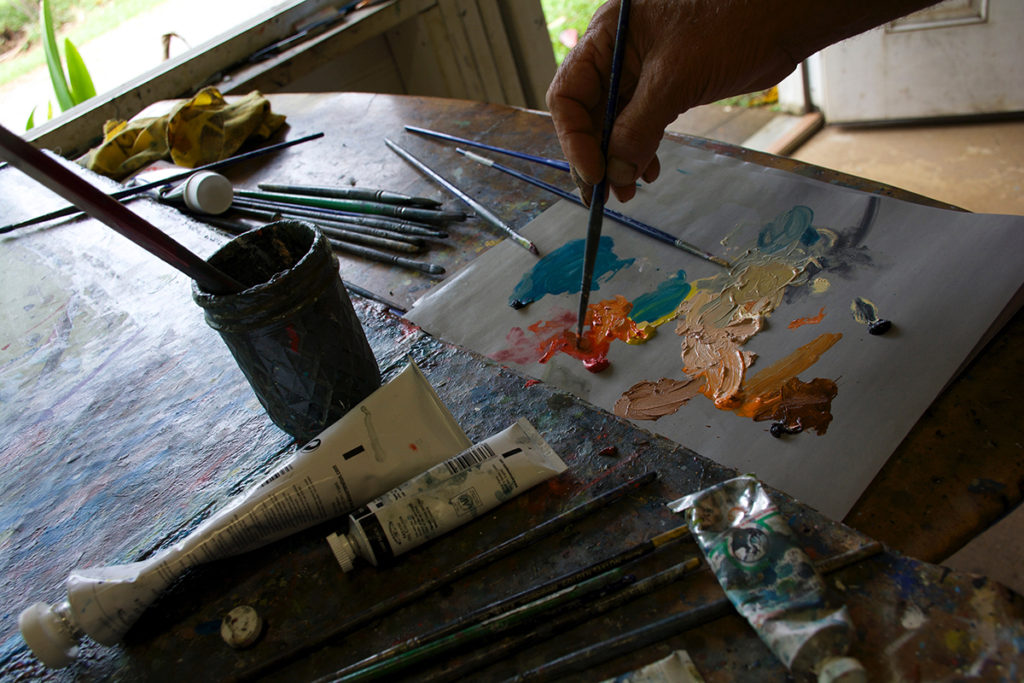 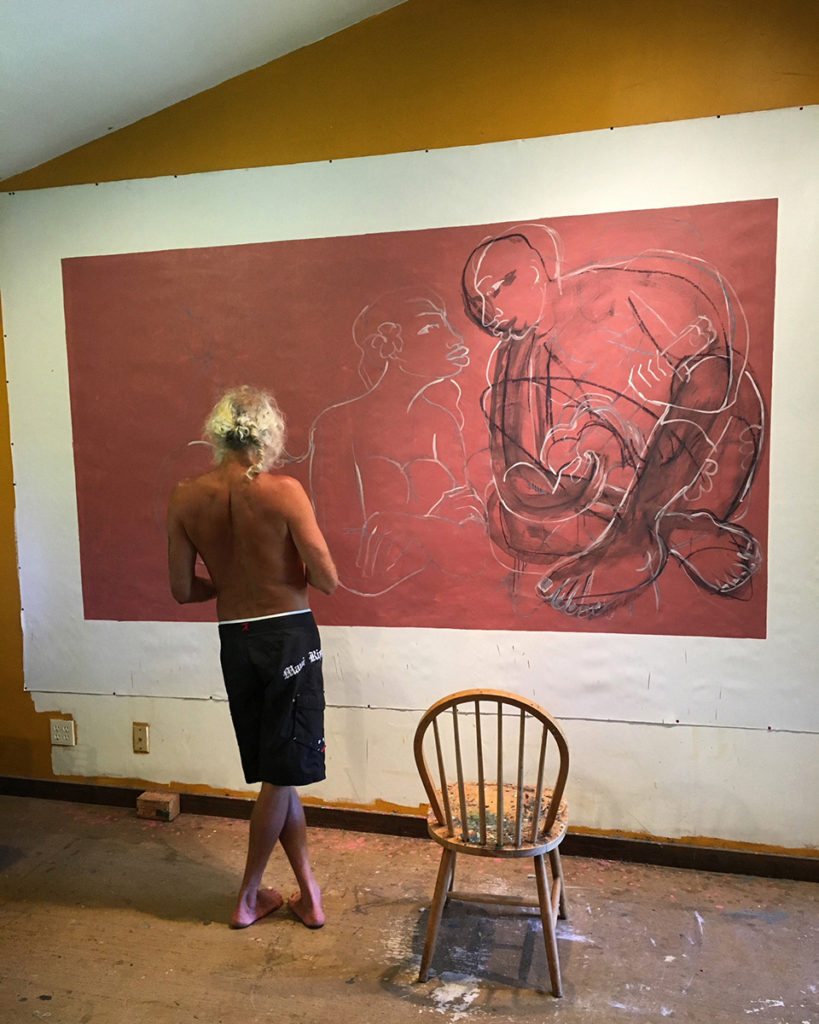 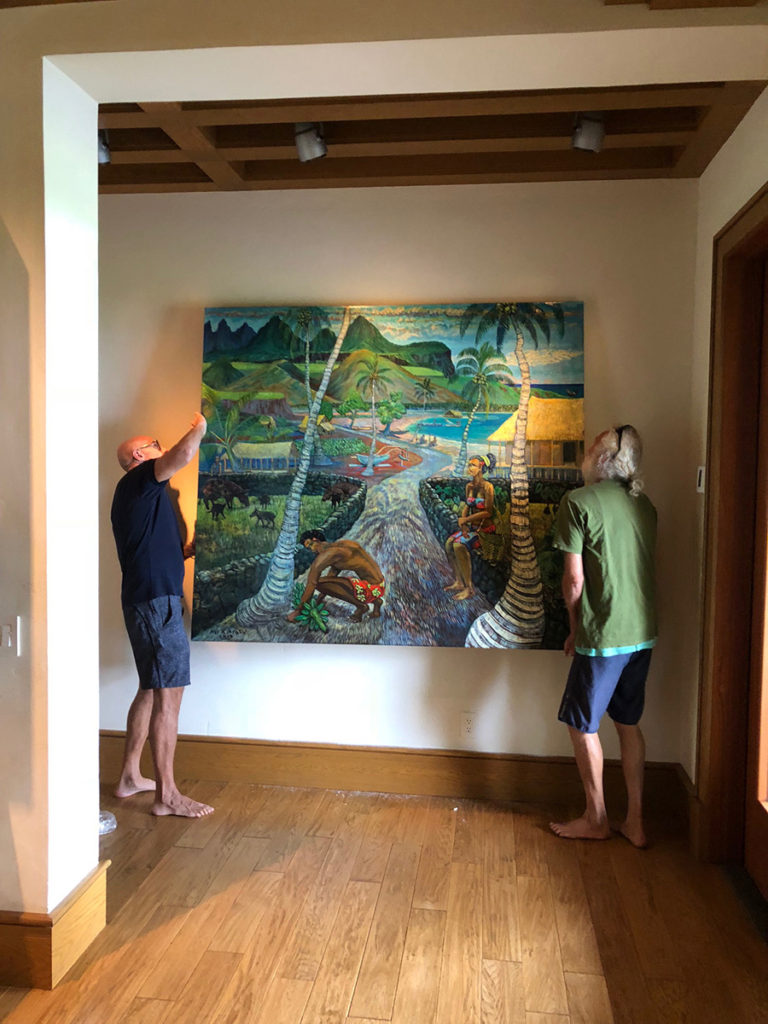 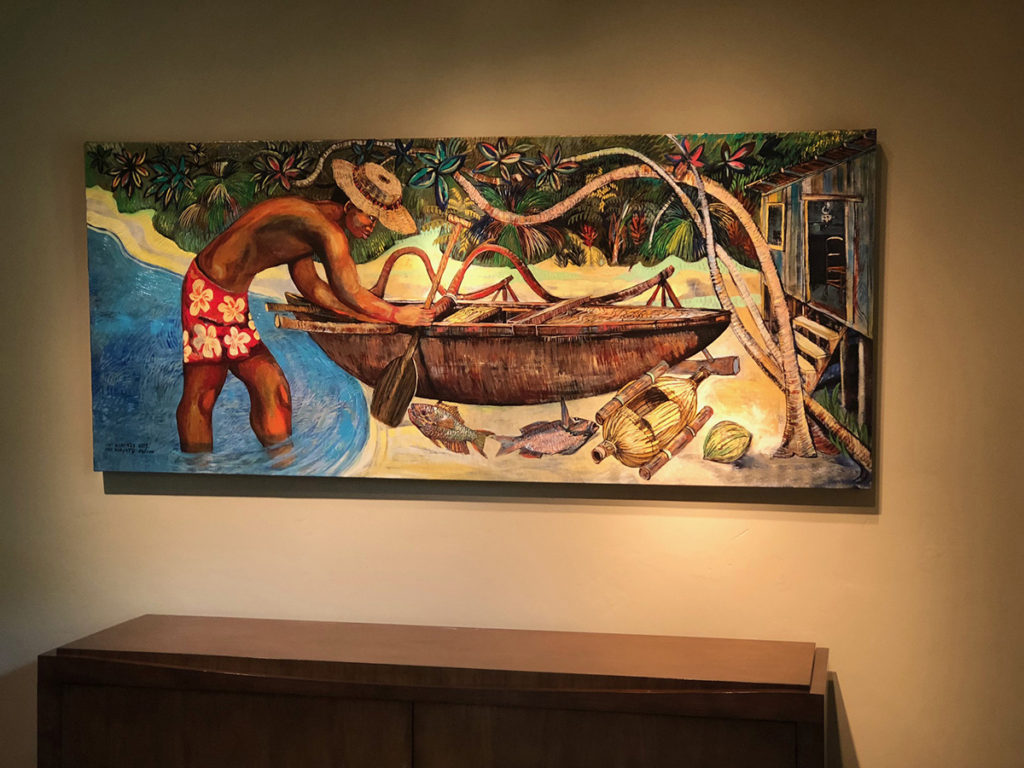 Avi and friends at Baldwin Beach 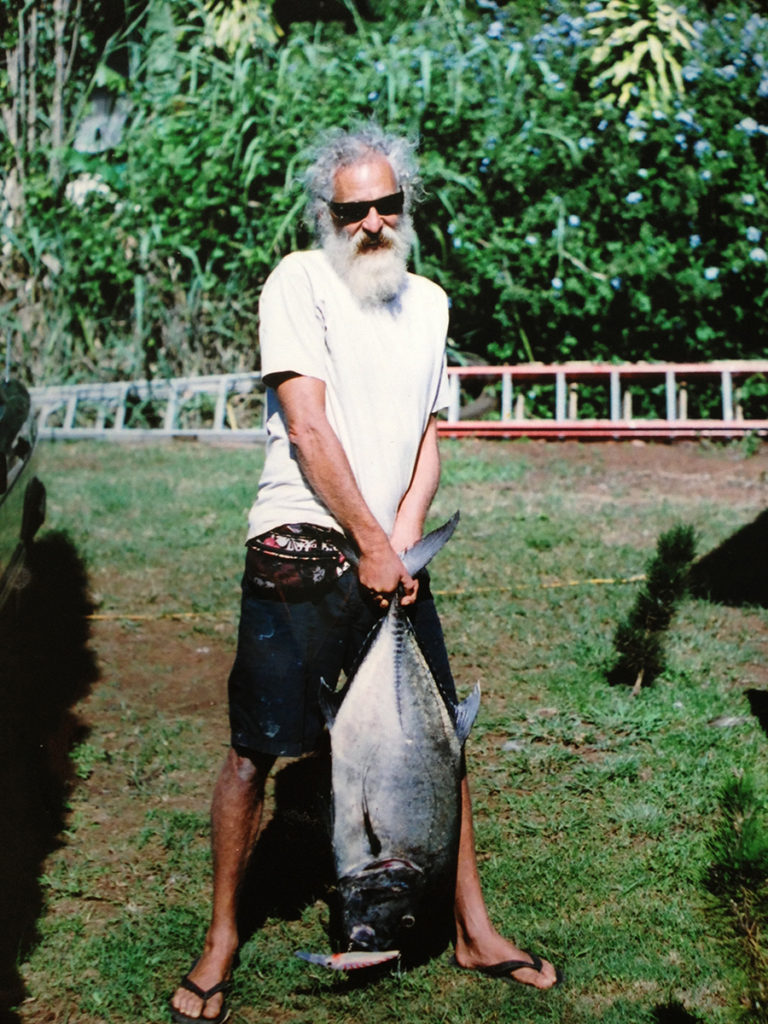 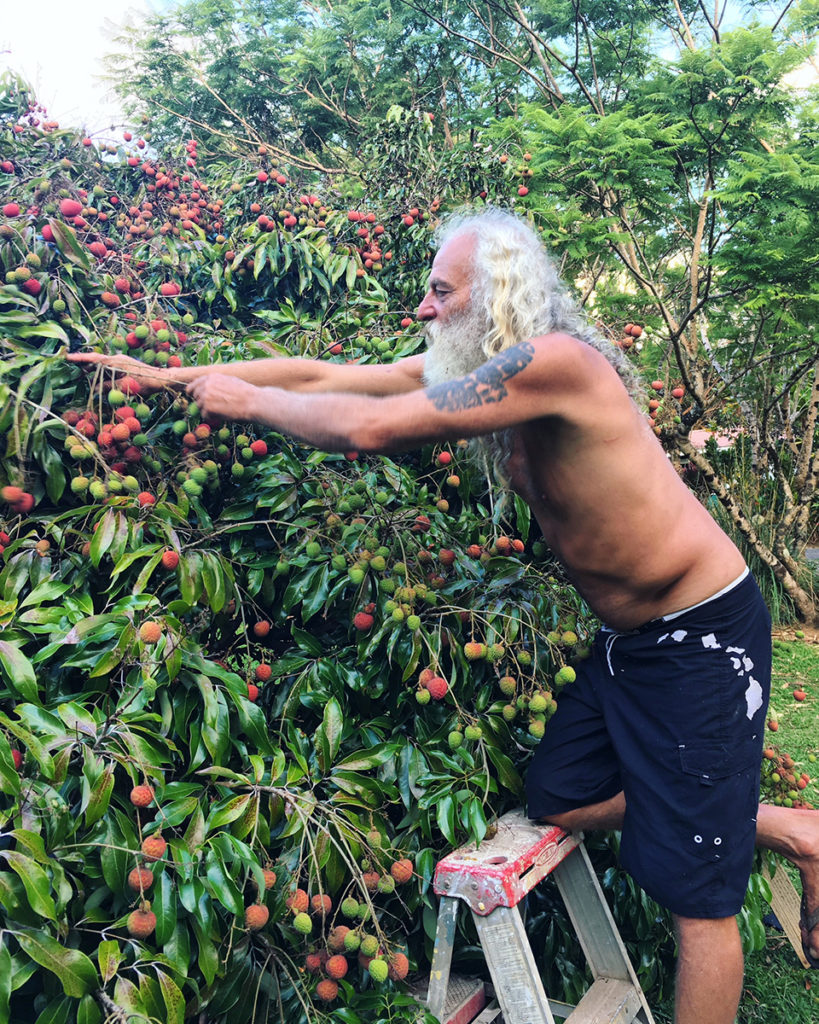 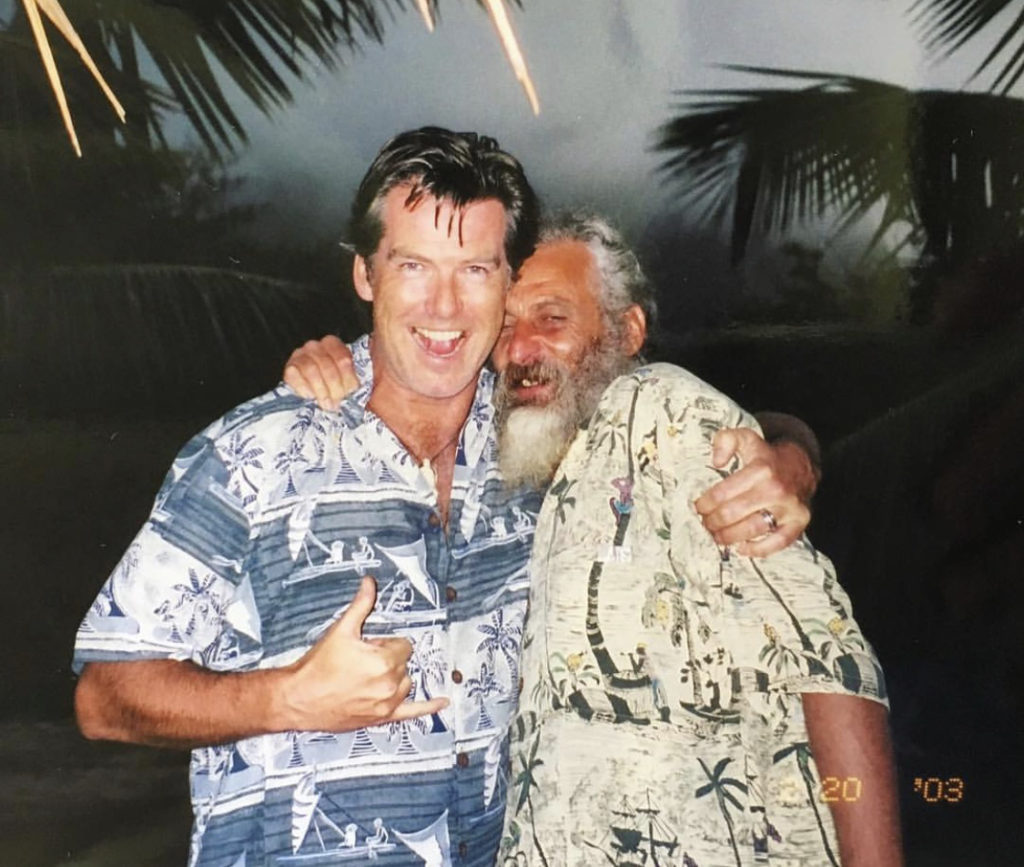 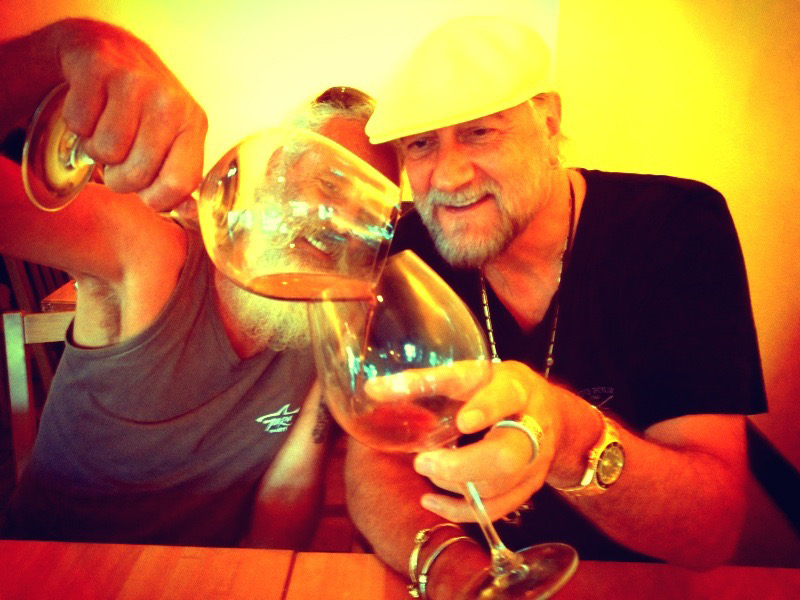 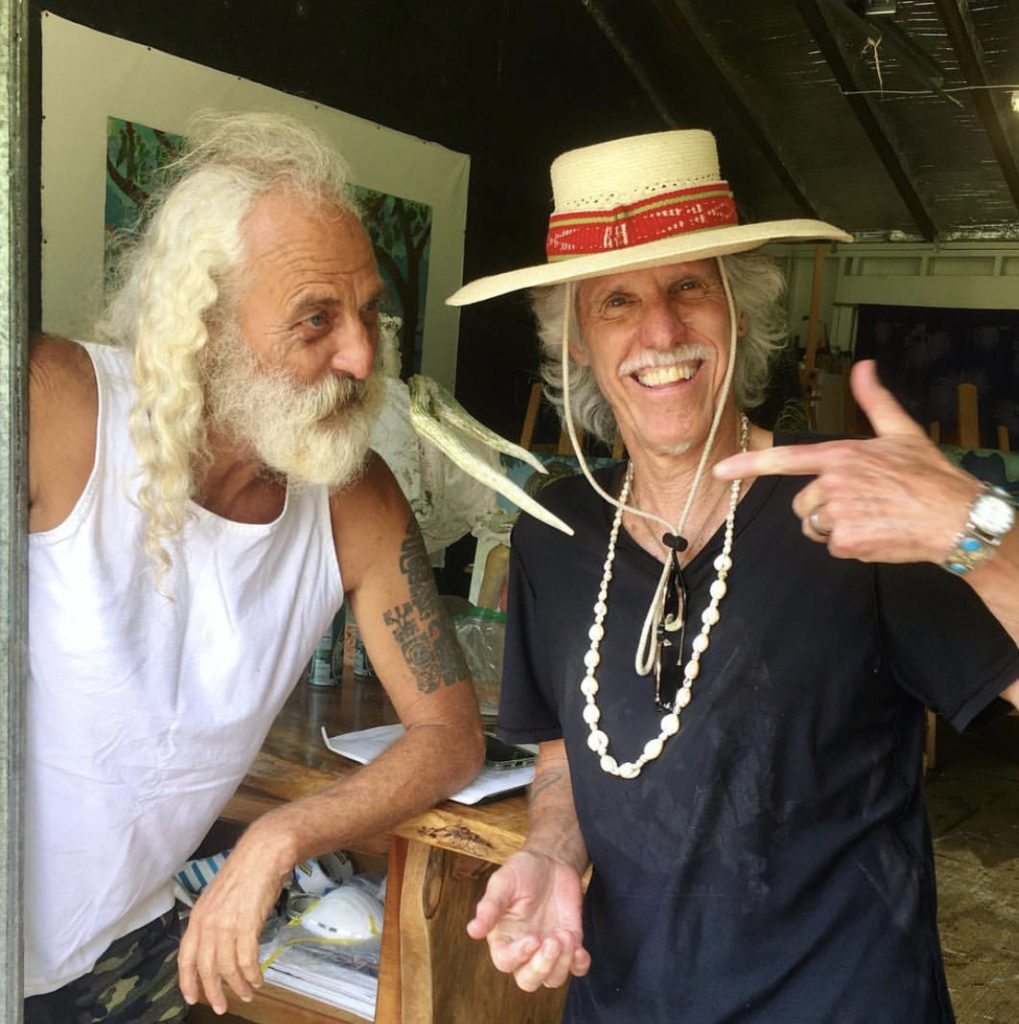 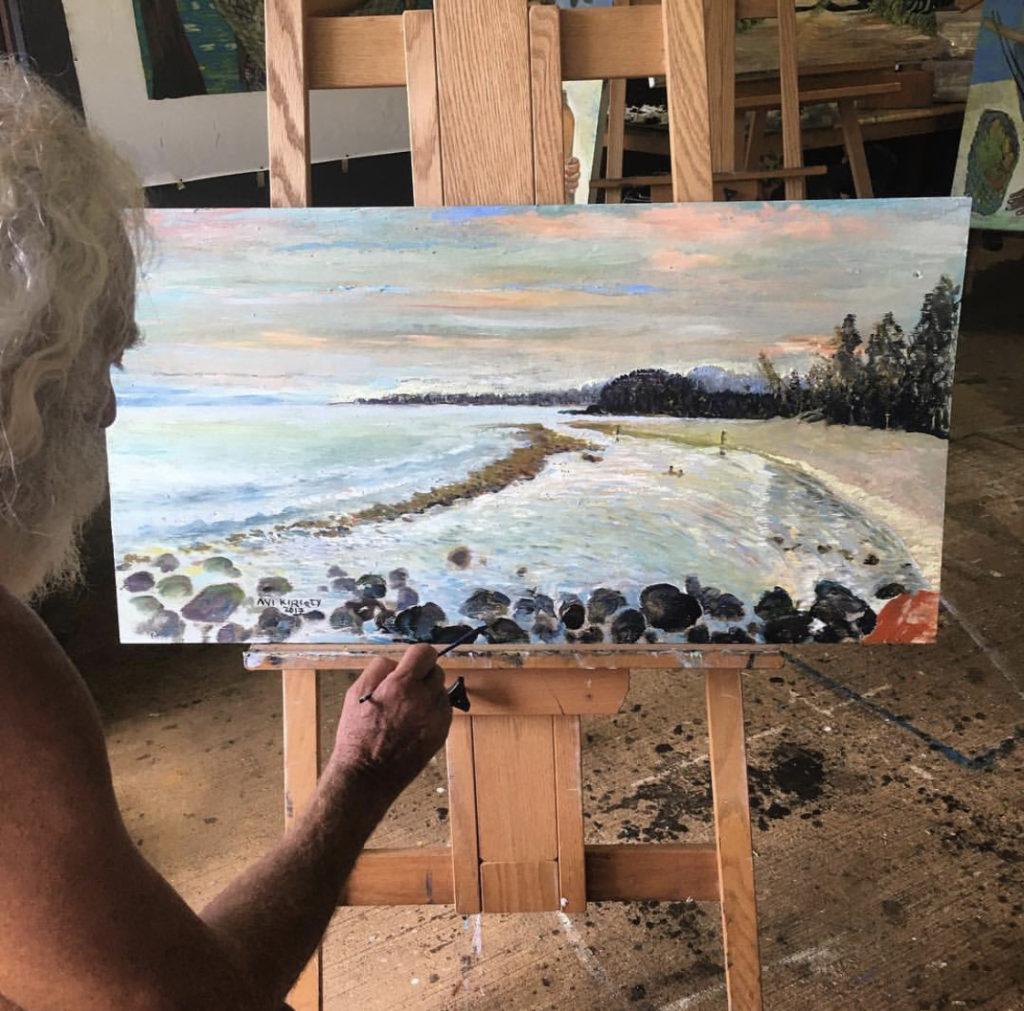